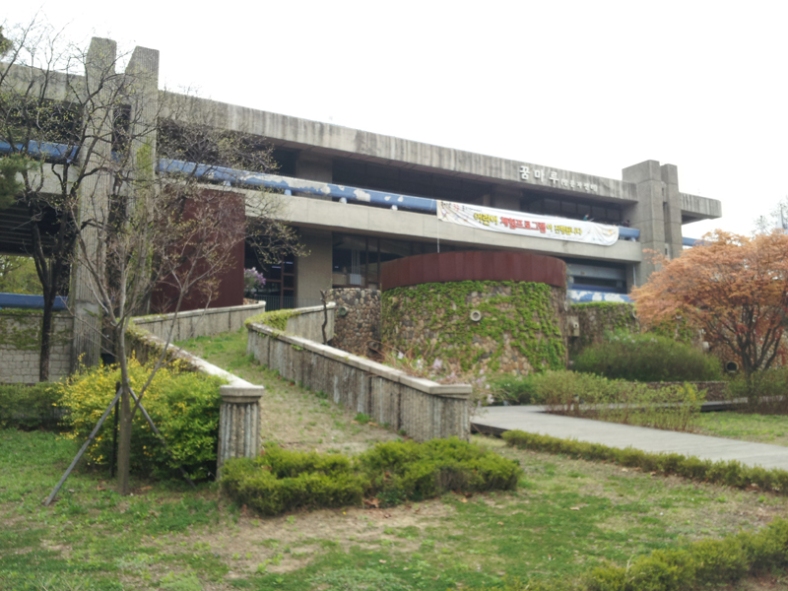 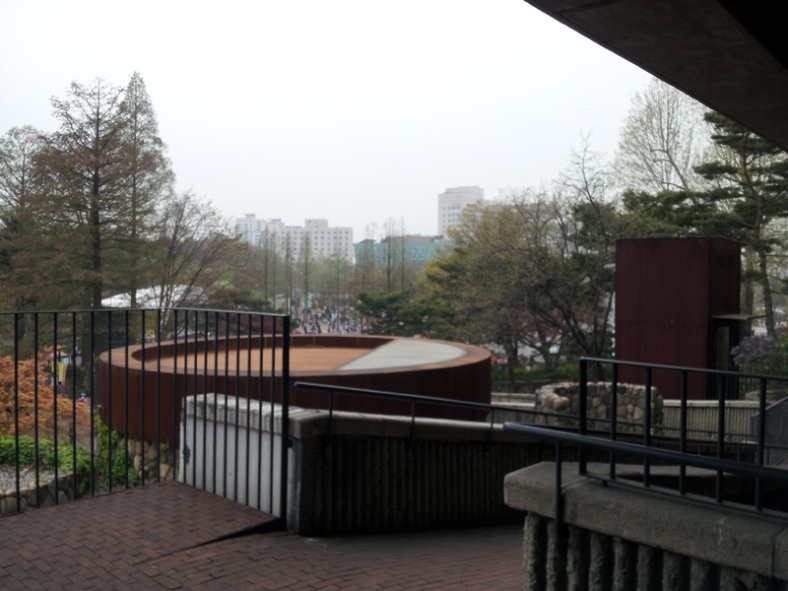 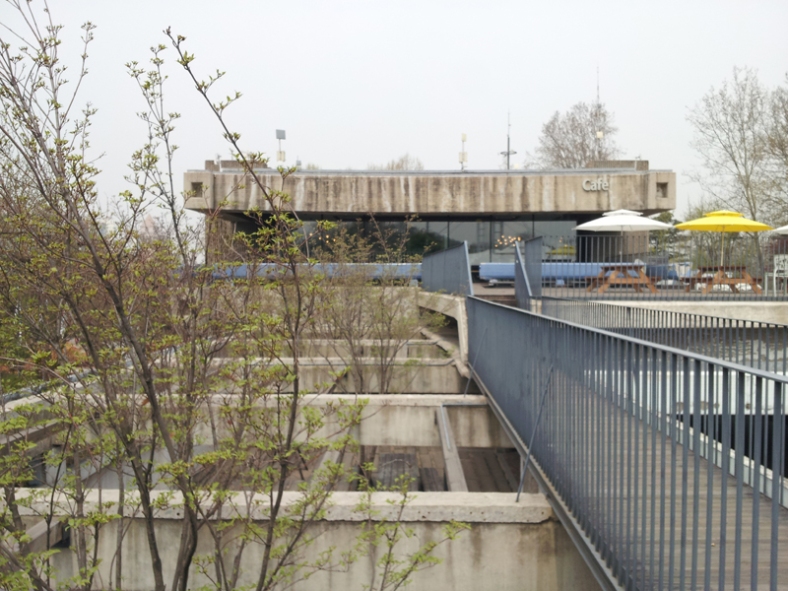 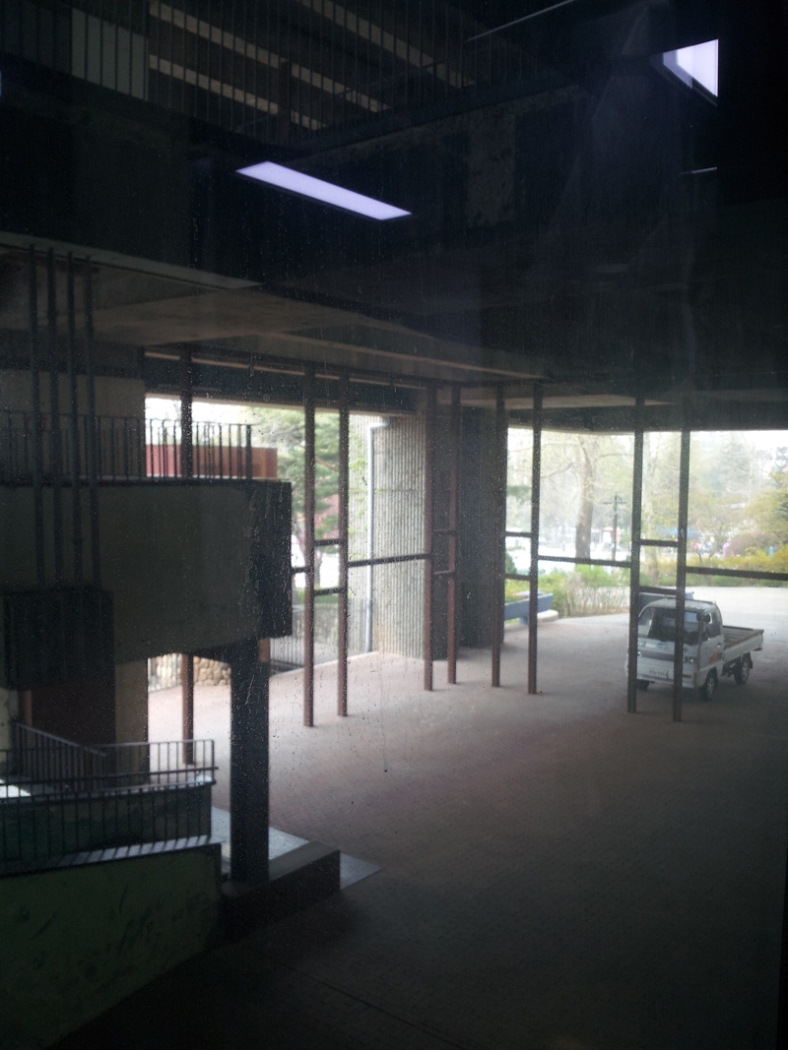 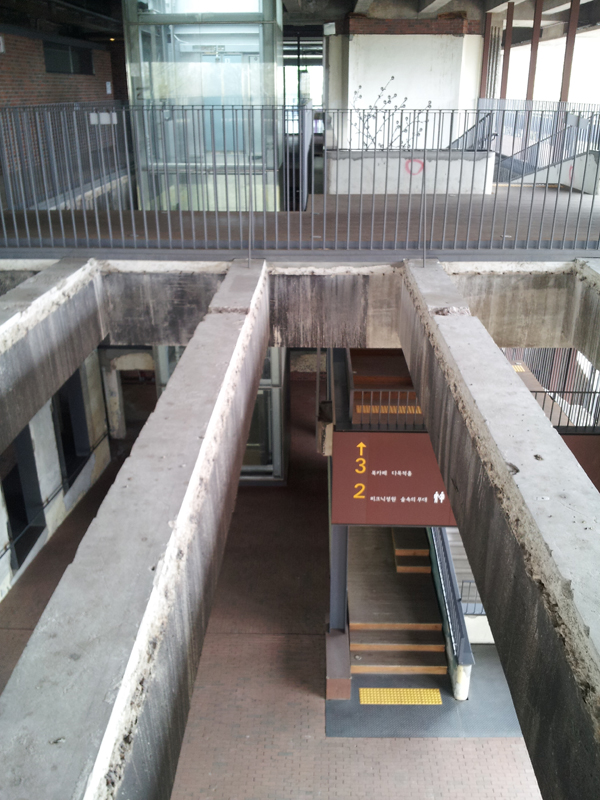 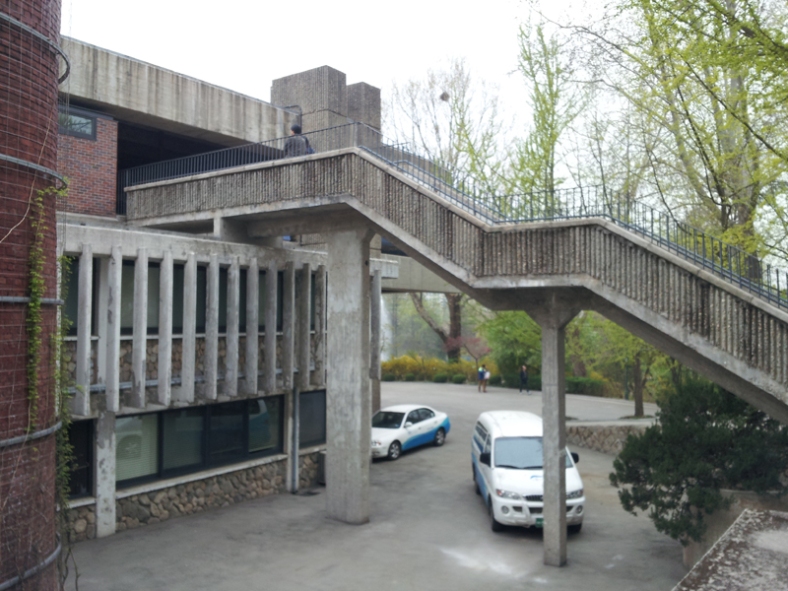 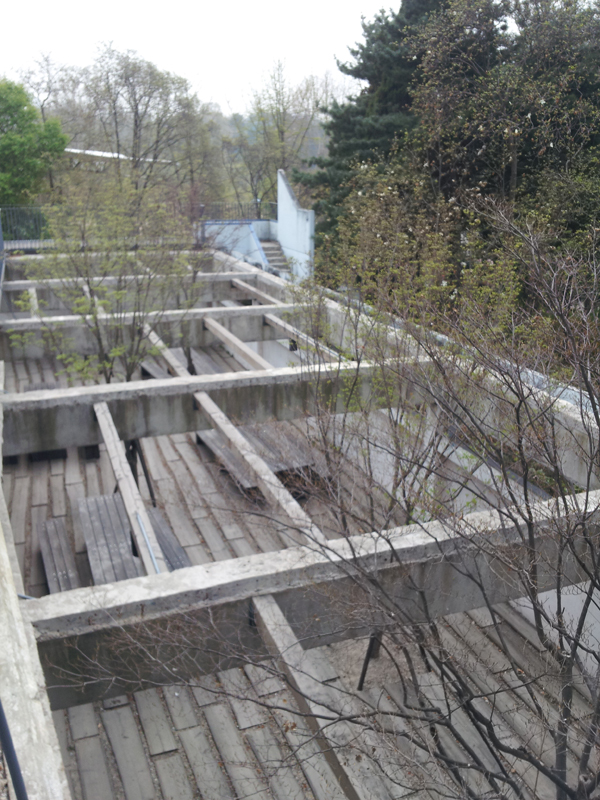 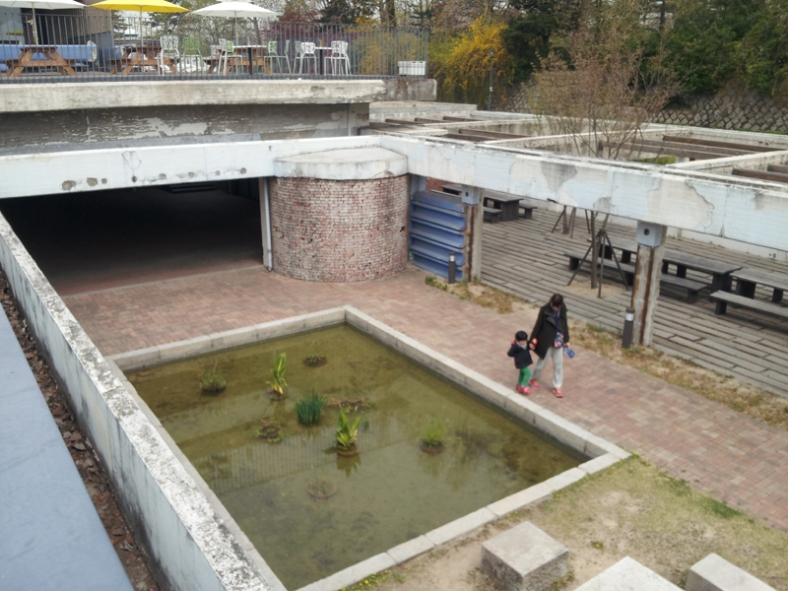 In 1926, Japanese relocated Empress Sunmyeong Min’s grave, and built a golf course. On Children’s Day May 5th, 1973, President Chung-Hee Park turned this into Seoul Children’s Grand Park. Back then Kummaru was originally built as the country club house for the golf course in 1970, designed by Sangjin Na. When the golf course was turned into a children’s park, the club house was renovated and used as children’s culture center. After a while it was used as management office. Seoul City had intended to demolish it and rebuild it, and asked Sung Yong Joh to have a look at the building. Realizing that the building has significant meaning in Korean modern architecture history, Sung Yong Joh advised them to keep the building and remodel it. In 2011, Kkummaru re-opened as a visitor’s center, remodeled by Sung Yong Joh and Choon Choi. In many ways the work resembles Sunyoodo: the materials used, color tones, simple touches and gestures, and the way nature is integrated with the building.