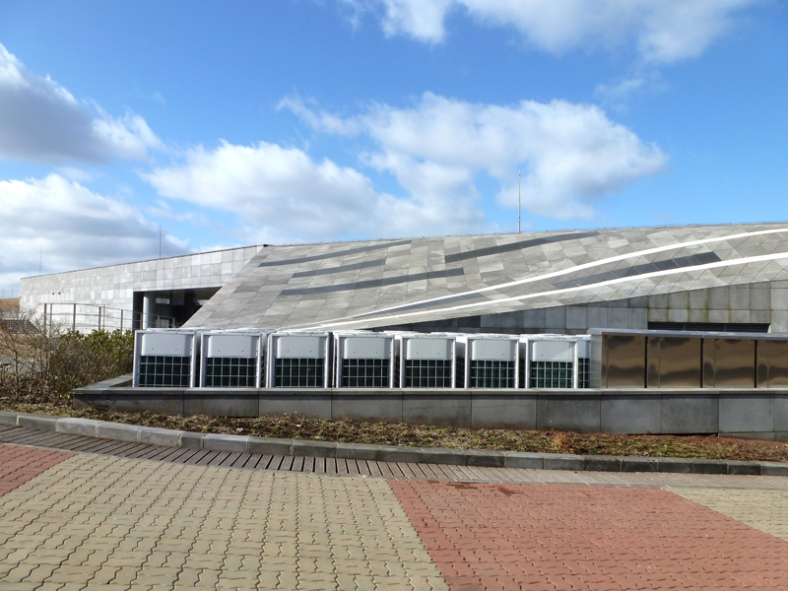 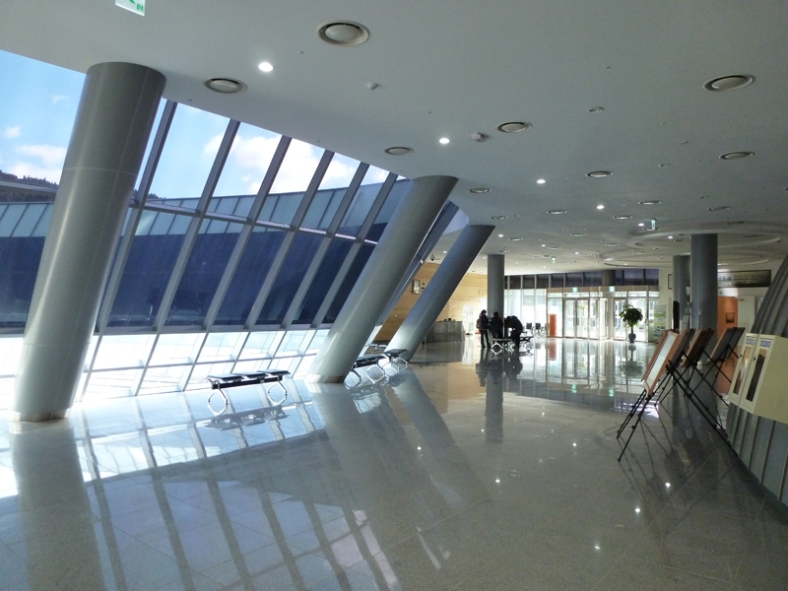 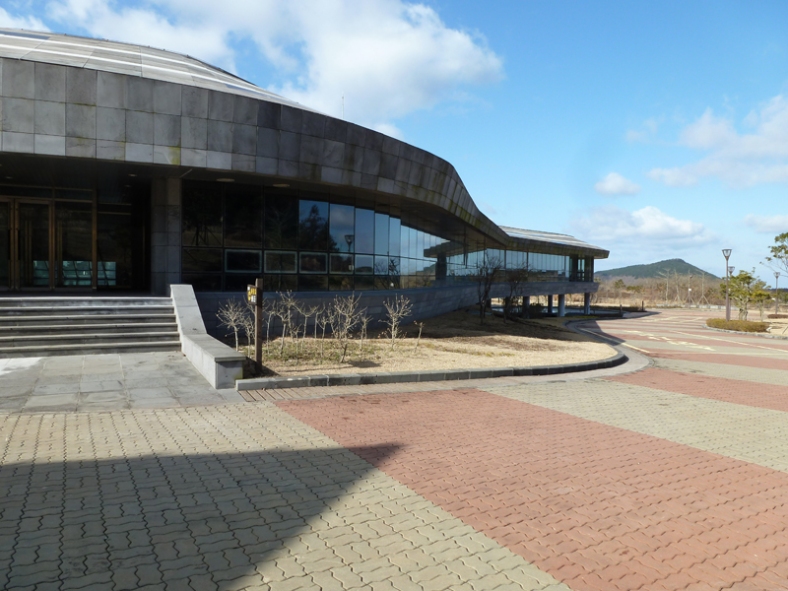 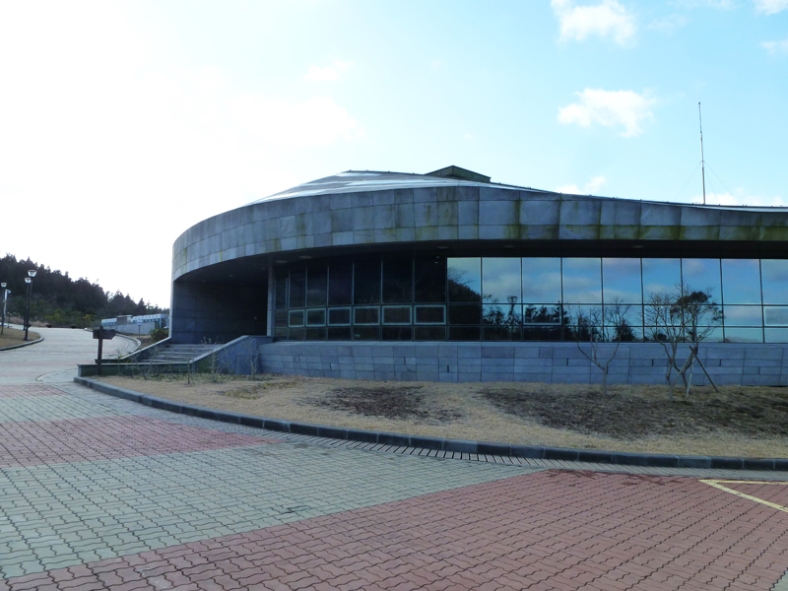 In 2007 UNESCO selected Jeju as one of World Natural Heritage. Titled “Jeju Volcanic Island and Lava Tubes,” it covers 18,997 hectares (46,942 acres). Jeju-do put out an RFP for a building that would focus on sustaining and maintaining its natural heritage in 2009. Doshiin Architecture in partnership with Taemin Kim Architects’ proposal won in 2009, and the center opened in 2012.

Approaching the building, people are lead to a courtyard with three Dol Hareubangs which symbolizes Jeju. Courtyard is open to the sky with a smooth band framing it. I wanted to walk around the outer boundary of the building, so I continued through the walkway on the other side. It was nice to see how the architects tried to create smooth double curvature with stone panels.

The side looking toward the courtyard from the upper floor of the building was made of slanted glass curtain wall. The angled facade seemed to bring more daylight into the interior space. One would wish the columns at the ground level to follow the same angle for more dramatic design; accentuating the curvature and keeping things consistent.

The gray dome inside which housed a 4D theater was offset from the roof edges to open up a few feet to bring in natural light.

1 floor below ground, 1 floor above ground