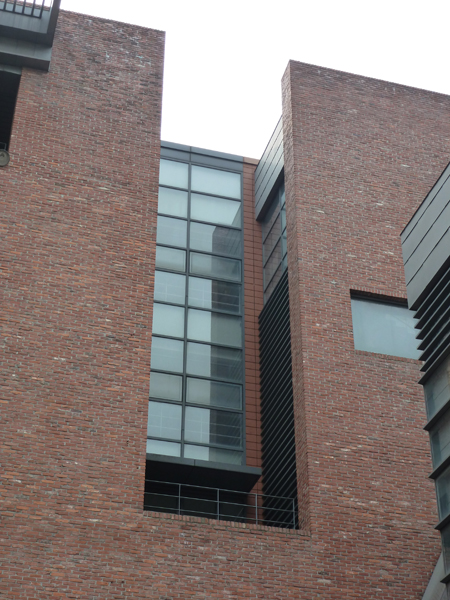 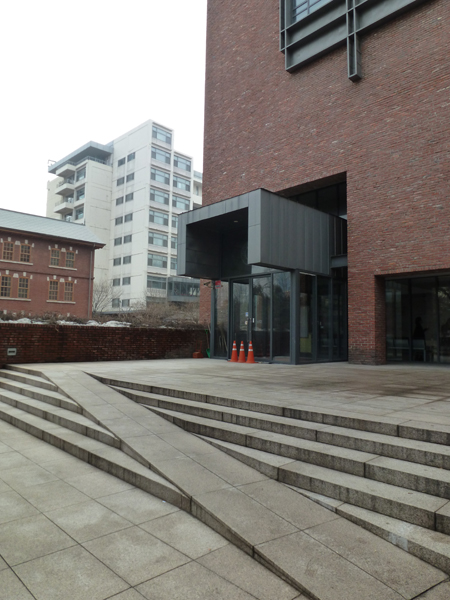 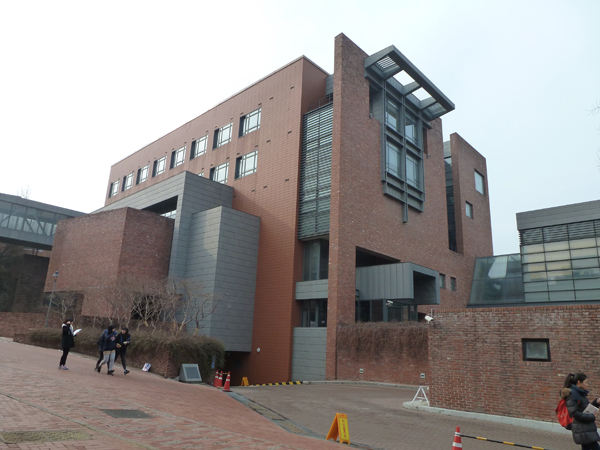 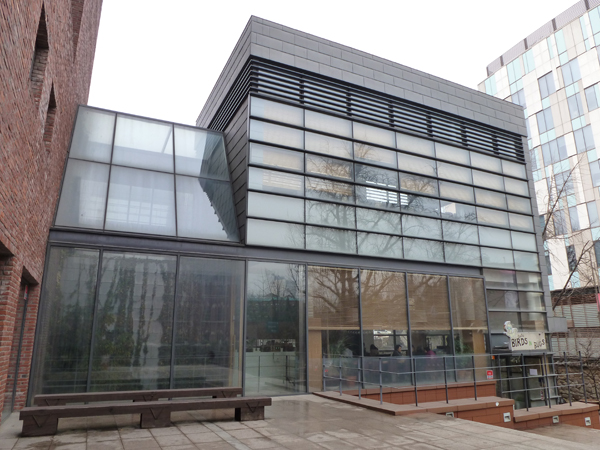 Ewha 100th Memorial Hall was designed by METAA ( Metabolic Evolution Through Art and Architecture http://www.metaa.com/ ) and was completed in 2004. Inside, there are several programs such as 433 seat stage, gallery, cafe, music practice room, pray room, computer lab, science room, english room, art room, etc. For me, the most interesting part was the massing and exterior material of the building.

Ewha Girls’ High School was founded by Mary Scranton who came to Korea as a Christian missionary in 1885. It is the first school for girls in Korea. The name “Ewha” was granted by King Gojong. Ewha bought the Sontag Hotel in 1917 to use it as a dormitory. In 1922, the hotel was demolished and Frey Hall was built. Frey Hall disappeared in fire in 1970s, and Ewha 100th Memorial Hall was built from 2003-2004.

Sontag Hotel was given to Antoinette Sontag by King Gojong to run it as a guest house for foreigners ranging from westerners, Japanese, politicians, and missionaries. It was a gift to thank her for helping King Gojong and his son stay as a refuge in the Russian Legation Building for a year in 1896 after Queen Min(Empress Myeongseong) was assassinated by the Japanese  in 1895.