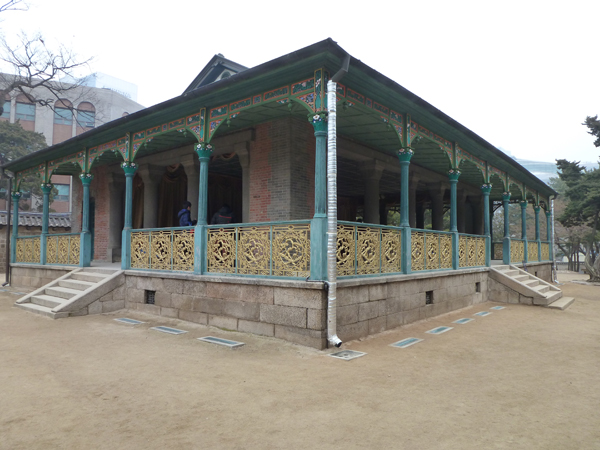 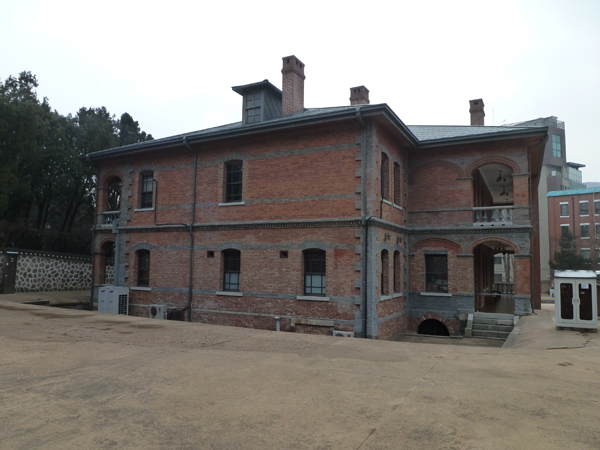 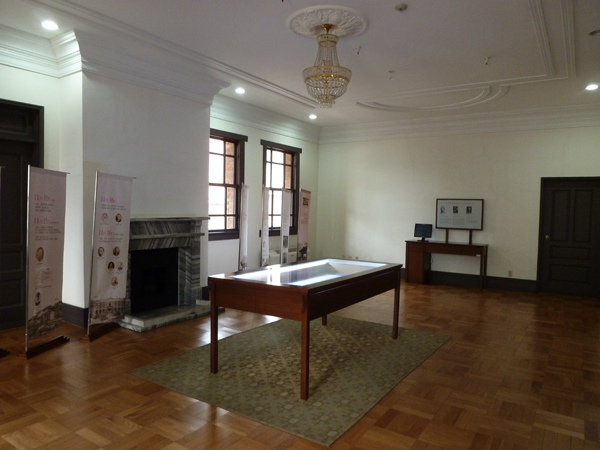 There are a handful of Russian architecture built and remaining in Seoul and Incheon which were designed by Afanasii Ivanovich Seredin-Sabatin from 1890-1904. He was a Russian steersman, pilot, and reporter, did not have a formal education in architecture, yet had some experience in construction. At that time King Gojong was interested in western culture and was looking for a European architect, so their needs were met. It’s interesting to see how Sabatin had tried to incorporate eastern motifs such as flowers and birds in Jeonggwanheon.

Buildings shown in the slideshow are in or near Deoksugung.

Jungmyeongjeon Hall was completed in 1900. It used to be in Deoksugung back in the old days, but gradually it was located outside of Deoksugung. It was built as a royal library/banquet hall for foreign diplomats and was the first western style building built in a Korean palace. Also it is a historic place where the Protectorate Treaty, which made Korea a protectorate of Japan until the annexation in 1910, was signed in 1905. It was rebuilt a couple of times due to fire. Although it was restored in 2010 and opened to public as history exhibition space, the interior is not exactly the way it was.

Jeonggwanheon Pavilion was also completed in 1900, and it is located in Deoksugung. It is where King Gojong had tea and listened to music.

Russian Legation Building is a bit outside of Deoksugung, it’s on a hill north of Jeong-dong Park. It’s where King Gojong and his son were given refuge for a year in 1896 after Queen Min(Empress Myeongseong) was assassinated by the Japanese  in 1895.

One thought on “Russian Architecture”